Eltham Model Railway Club has been established since 1980. This article tracks the history of the club’s website from HTML to the current one done in WordPress.

Early 2020 I made the decision to leave the club. It was a difficult choice as I had been a member since the 29th of April 2002 plus spending 10 years as the club treasurer. But with only the shelf layout being operational and the Pranjip exhibition layout being many years away from completion there was little reason to keep paying the almost $200 per year to stay a member. I recall one departing member saying that he didn’t think the club had “another layout in them”. I hope he is wrong, but the construction pace of the new layout says otherwise.

As a result of my departure the committee decided to go elsewhere for their hosting needs. Despite handing over the information to take the domain and a means of downloading a copy of the website nothing was done by the EMRC committee to retrieve their website. Hoping for a change of heart the domain was renewed by Rinet IT until May 2022. The club did not pay the invoice so the domain remains with Rinet IT. Until it expires it will be used for testing WordPress.

The club probably doesn’t need a website. Most membership leads come from the exhibition layout when on show, which is how I discovered the club. The website did attract some members but without an exhibition layout it is difficult to keep them interested. The Joomla 1.5 version was the first website I had built for an organisation and I am grateful to the club for giving me the chance to get started in web design.

Time for another change, this time to make the site easier to customise and add new articles. The final result is at www.elthammrc.org.au.

After having used WordPress for my own sites and comparing the experience to updating the club one using Joomla I realised how much of a pain Joomla is when it comes to adding images to your articles. WordPress is so easy with its drag and drop feature. Joomla, into its third major release is still fiddly and the end result is not pleasing.

WordPress does the lightbox feature easily with no short codes whereas Joomla needs a plugin and shortcodes, making it hard to see the final result.

Using the Ultimatum Theme setting up the layout, especially using columns (mainly with Bootstrap), is very simple. In Joomla this is done by accessing the theme options, and buried in there somewhere is the option to choose from a couple of options; and even this depends on the theme (or template). But with WordPress it’s just a matter of coding the PHP pages if needed.

Gallery or post archive pages can be customised either by setting up a loop or with the Grid Builder that comes with WP Bakery Page Builder.

Joomla 1.5 was not getting anymore updates necessitating an update to version 3. There was no automatic upgrade, unlike WordPress, so all content had to be manually moved over to Joomla 3. The trickiest part was moving the image meta data of the installed JoomGallery. Rather than retype it a short piece of SQL code copied the data over.

The build uses the Jomi 3 template which uses the Warp Theme Framework from YOOthemes. It was a good theme to work with and it features many short codes to invoke many graphical effects.

For an exercise in web development using a Content Management System a new site was built for the Eltham Model Railway Club using Joomla 1.5.

Joomla is relatively easy to set up and there are many modules available to increase the site’s usefulness and user appeal. The site’s look can be quickly changed simply by loading a new template.

As the web host does not provide a backup service the EMRC site utilised JoomlaPack to produce backups.

The first website for EMRC was set up by club member David Head and I’m guessing it was around the early 2000’s. It uses HTML with no CSS and tables are used extensively for layout. Much of the content was moved to the Joomla 1.5 website.

It’s strength lies in the value of model railway related content mostly written by David, drawing from his long and varied experience with model trains. It was a good start to the series of websites for the club.

Note the reference to the Diamond Valley Railway, as a number of EMRC members are also in the DVR. EMRC has gotten quite a few calls and messages meant for DVR and this could have been the start of the confusion! 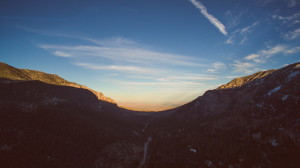